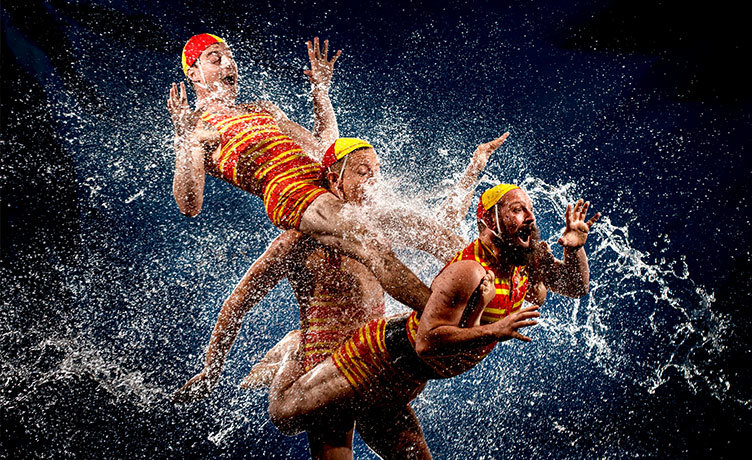 The first 100 shows for FRINGE WORLD Festival 2020 are on sale now!

FRINGE WORLD is the most popular annual event in Western Australia and a showcase of local and international entertainment that everyone can enjoy.

Festival Director Amber Hasler said that the 2020 Festival will be a delightfully epic program of more than 700 events, and big range of the shows are on sale in October ahead of the full release in November.

“The Early Release of the first 100 shows is the best way to get to know the Festival. It’s a perfect sampler of what will be on offer before the whole program is announced in November.” Ms Hasler said.

The first Early Release features some of the delightful new shows coming to Perth in 2020 along with some returning Festival favourites. The rollickingly-good-ride The Choir of Man is coming to The Ice Cream Factory, local circus legends YUCK Circus is at The Woodside Pleasure Garden and the follow-up to the hit musical Triage! arrives with Discharged! (Number 2s) performing at Girls School.

“We are thrilled to return FRINGE WORLD to Girls School in East Perth with a scale of program that will make it the second-largest Hub in the Festival. Girls School will include a superb new outdoor food offering, 10 performance spaces, plus exhibitions, impressive installations, VR experiences and a secret bar. After the success of A Midnight Visit at the last Festival, we can’t wait for everyone to experience more of the art-deco glory of Girls School.”

Early Release show tickets are available from 17 October for FRINGE WORLD Friends and the full 2020 Festival program is on sale on 14 November from fringeworld.com.au

FRINGE WORLD gratefully recognises the support of its partners including Principal Supporter Lotterywest; Government Partners The Department of Local Government, Sport and Cultural Industries, and the City of Perth; and Principal Partners Woodside and Gage Roads Brewing Co.

The 2020 FRINGE WORLD Festival will feature more than 700 events and be held from 17 January to 16 February at more than 150 venues across Perth and wider WA.

Show Highlights in Early Release Round 1

Shows listed below are all available in the Early Release from 17 October. Contact the Festival Publicist for the full list of Early Release shows.

For the first time ever, FRINGE WORLD heads to sea with a FRINGE WORLD show on a cruise ship! Fringe on The Water is a unique opportunity to stay overnight in Fremantle on board Cruise & Maritime Voyages’ stunning Vasco da Gama cruise ship and enjoy performances from the best of the Festival plus food, live music and DJ’s to party all night long.

Perth's favourite Fringe playground is The Woodside Pleasure Garden in Northbridge, home to the biggest range of entertainment in the Fringe. Returning to the Garden off the back of international touring success is the 2019 Martin Sims Award Winner YUCK Circus alongside western-themed circus-spectacular Railed. Fringe favourite Matt Hale is back with another hypnotic show, Comedy Hypnotist Matt Hale: Random Acts of Mindness and mellow storytellers Flanagan Collective & Gobbledigook Theatre return with epic tales of Orpheus and Eurydice.

The Fringe Kids program continues to the best way to have a fun School Holidays with more shows, free activities and events for the whole family. Kid favourites The Dummies bringing their new show Splash Test Dummies, the live-action video game show Game ON 2.0! and everyone’s favourite Peter Combe will get everyone up and singing with Brush Your Hair with a Toothbrush.

At the second-largest Hub in the Fringe, Girls School will offer a big program of cabaret, comedy and theatre alongside the immersive cinematic performance Selfless Orchestra: Great Barrier and if you loved Triage! you won’t want to miss the nursing musical Discharged! (Number 2s).

The centre of the Fringe Universe is Yagan Square featuring Scottish Comedian of the Year Leo Kearse with Transgressive, the return of Fuego Carnal and their new show Primo Loco plus the outrageous drag/cabaret show YUMMY Unleashed and taking camp sophistication to a whole new level.

If you’re after comedy or some of the biggest shows in the Fringe, then The Ice Cream Factory is your go-to at the 2020 Festival. The Choir of Man will be taking residence for the entire Fringe with the ultimate feel-good time featuring powerhouse vocals smashing your favourite pub classics, rock ballads and pop hits. After delighting dinner audiences last year with I Made This For You, burlesque performer Clara Cupcakes is throwing a party to celebrate her career and showing you all her top (and bottom) bits.

Other highlights include; Comedy superstars Arj Barker & Akmal get up close and personal at Comedy Hub @ Rosie O’Gradys, Connections Nightclub serves up a wide range of treats from Showstopper an Interctive Murder Mystery to DIVAS – The Drag Revue; and Subilicious in Subiaco returns for another year with Kiss: A New Musical and more.

The talented musical stylings of Tara Tiba, Jessie Gordon and Lucky Oceans will take over the Ellington Jazz Club and the soon to be open Northbridge performance space The Rechabite launches its Fringe fun with favourites Briefs: Second Coming and the debut of Sweden’s Sirqus Alfon – I am Somebody.

100 more shows will be released in Early Release Round 2 on 24 October.

The best way to experience the Festival is by becoming a FRINGE WORLD Friend!

Friends can buy FRINGE WORLD show tickets before everyone else in the Early Release from 17 October.

Alongside getting access to the Early Release tickets, Friends also get 30% Friends Frenzy discounted tickets to a big range of shows, insider tips, new and improved exclusive benefits plus year-round special offers.

Last year Friends saved on average $70 off show tickets just by being a Friend.