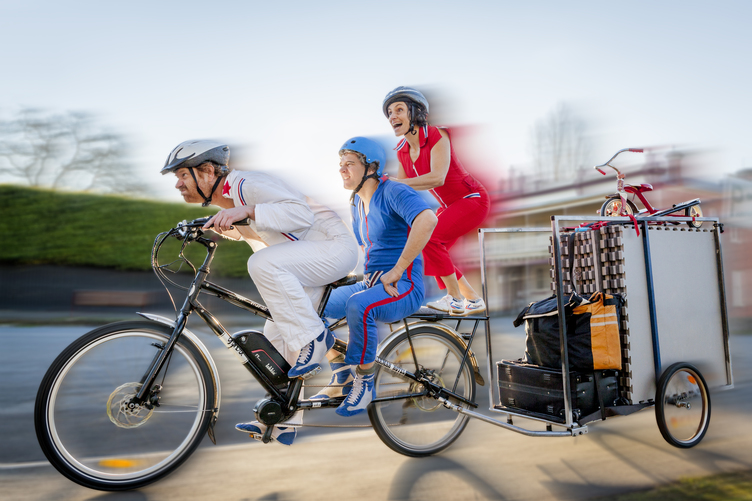 Let the good times roll for the best time of the year in Western Australia with the release of FRINGE WORLD 2020’s full program featuring more than 700 sensational shows across four magical summer weeks.

There will be good times had by all during Perth’s most popular annual festival and biggest celebration of summer. FRINGE WORLD is the third largest Fringe in the world, bringing all corners of Perth alive, from tucked away laneways in the City and Northbridge, to the suburbs and beyond at more than 150 venues from 17 January to 16 February.

FRINGE WORLD Festival Director Amber Hasler said there was a delicious spread of amazing shows this Festival, from returning favourites to exciting new Fringe debuts to tantalise and entertain people of all ages.

“Perth loves an annual Fringe binge and this year’s program does not disappoint! Audiences came out in droves last year to support local and international talent with almost a million attendances across the Festival,” Ms Hasler said.

“There really is something for everyone with shows that range from the weird and wonderful to dazzling and daring. The children’s events program is a particular highlight, with great value and incredibly entertaining shows that you’ll be talking about for ages.”

“Through our grants program, every year Lotterywest funds hundreds of arts, heritage and cultural activities right throughout the State,” Ms Hunt said.

“Experiencing the arts is central to our well-being and connectedness as a community, so we are excited to support the wonderful FRINGE WORLD for 2020.”

The biggest range of shows at FRINGE WORLD is found at Perth’s favourite Fringe playground The Woodside Pleasure Garden in Northbridge. It is a family-favourite spot to enjoy a few bites and beverages on balmy summers arvos, or for evenings to take it up a notch with mates and dates.

There are plenty of hot ticket items at The Woodside Pleasure Garden including three generations of circus women who prove age is just a number when it comes to stunts in Casting Off. Things get loud, raucous and sweaty with The Gods The Gods The Gods and the cheeky Railed boys who like to show a bit of raunch, return for more Western-themed circus fun.

Kids will be kept entertained for hours by some free fun with the popular FRINGE WORLD Mermaids, the hilarious, splish-splashing circus shenanigans of Splash Test Dummies and spectacular circus tricks by a crew of crazy stunt people in 3 Speed Crunch Box Rebooted.

Go back to school this Festival for a lesson in FUN at the oldest/newest FRINGE WORLD Hub, Girls School. After hosting the hit show A Midnight Visit in 2019, Fringe moves back into this iconic castle-like building, but with a program that makes it the second-largest Hub in the Festival. Catch the return of Tony Galati the Musical and Orpheus, see something new with the immersive cinematic performance of Selfless Orchestra: Great Barrier or have some laughs at a real date live on stage with Onstage Dating. Plus there’s a secret bar…

You are in safe hands with the Yagan Square program that features the return of many Fringe favourites including the death-defying thrills of Fuego Carnal and the big laughs of Comedy Hypnotist Matt Hale: Random Acts of Mindness, Matt Tarrant: EVOLVE and Aborigi-LOL: The Return.

Hang around in Yagan Square on weekends at The Meeting Place for a FREE teaser and taster of some of the best and brightest shows the program has to offer with City of Perth FRINGE WORLD Power Hour. Perfect for when you are not sure what to see!

The fun times continue throughout Northbridge at the happy hub the Ice Cream Factory where you can kick up your heels and catch the highly anticipated FRINGE WORLD debut of the ultimate feelgood show The Choir of Man and the shenanigans of Puppetry of the Penis.

For something really outside the box, pop over to the spiritual birthplace of FRINGE WORLD, Fringe Central at the Perth Cultural Centre for immersive experiences Séance and Flight, for unique journeys that you won’t have anywhere else in the Festival.

Other amazing venues all over town also get in on the Fringe fun too, putting together unmissable programs boasting countless quality shows and offering even more options for entertainment.

The newly restored, multi-level palace The Rechabite joins Fringe for the first time to show off the incredible interior of this piece of Perth history on William Street with a line-up of circus, burlesque and comedy shows. The Blue Room Theatre is back with its handpicked line-up of magnificent shows bursting with talent as part of the Summer Nights program. Those who can’t get enough belly laughs can check out the comedic talent at the Comedy Hub @ Rosie O’Grady’s and The Laugh Resort at The Shoe Bar & Café in Yagan Square or Lol’s @ Lazy’s in Lazy Susan’s Comedy Den. His Majesty’s Theatre is the comedy, cabaret and music hot spot with carefully selected Aces at The Maj program.

To get your toes tappin' head long to The Ellington Jazz Club. For some Visual Arts, Performance Art and Spoken word check out Paper Mountain, Independent Program Award Winners 2019. Finally Downtown Fairground has a whole host of magic and variety in their two venues; Belgian Beer Café and Rubix Bar.

The magic of FRINGE WORLD extends beyond the City and Northbridge, with even more shows and entertainment right on your doorstep out in the suburbs. Fremantle has a whole host of shows taking place. Take in stunning seaside sunsets while enjoying some great Fringe content in Scarborough as part of Sunset Veranda or get tickled pink in Subiaco with the Subilicious program that is a little bit naughty, but a lot nice. Take a walk on the south side for SouthSide Summer in South Perth or get lost in a world of wonder of roving entertainment and spot shows in Bassendean’s WonderRealm.

FRINGE WORLD is presented by ARTRAGE Inc, a non-for-profit registered charity and one of the oldest arts organisations in the state. ARTRAGE CEO Sharon Burgess said that thousands of artists flock to Perth from around the world to perform at FRINGE WORLD alongside our talented local performers.

“FRINGE WORLD is the largest annual performance platform for artists in WA and our artists are everything to us and why we exist. More than $46 million in payments have been made to artists and arts companies since 2012 by the Festival and we are proud of this record and the positive impact we have on the WA cultural sector,” said Ms Burgess.

The full FRINGE WORLD Festival 2020 program, tickets, gift vouchers and general information on all things Fringe can be found at fringeworld.com.au from today.

FRINGE WORLD gratefully recognises the support of its partners including: Principal Supporter: Lotterywest; Government Partners: the Department of Local Government, Sport and Cultural Industries; the City of Perth and Tourism WA; and Principal Partners: Woodside; and Gage Roads Brewing Co.